Vision: “A community that encompasses equal access to all opportunities through inclusion and cultural understanding of community members and a reduction of racism, stereotypes and discrimination”

Throughout history, indigenous peoples civil and political rights have been restricted, which was another expression of the racist attitudes and policies that were directed at Indigenous people. This includes the denial of the right to vote, which was only reinstated in 1960.

Indigenous people were not only denied many rights throughout history, but were also denied the political system requires to address the many issues that are a part of their reality. In response to the many oppressive forces that Indigenous people have faced and continue to deal with, they have long expressed their determination of returning to self-governance in line with their political traditions.

Decision-making by consensus, the liberty of the individual, and leadership by persuasion rather than coercion were the norm in most communities and are still important values.

Goal #1:  Aboriginal people in Lethbridge have access to community services that are delivered in a culturally competent manner without discrimination. 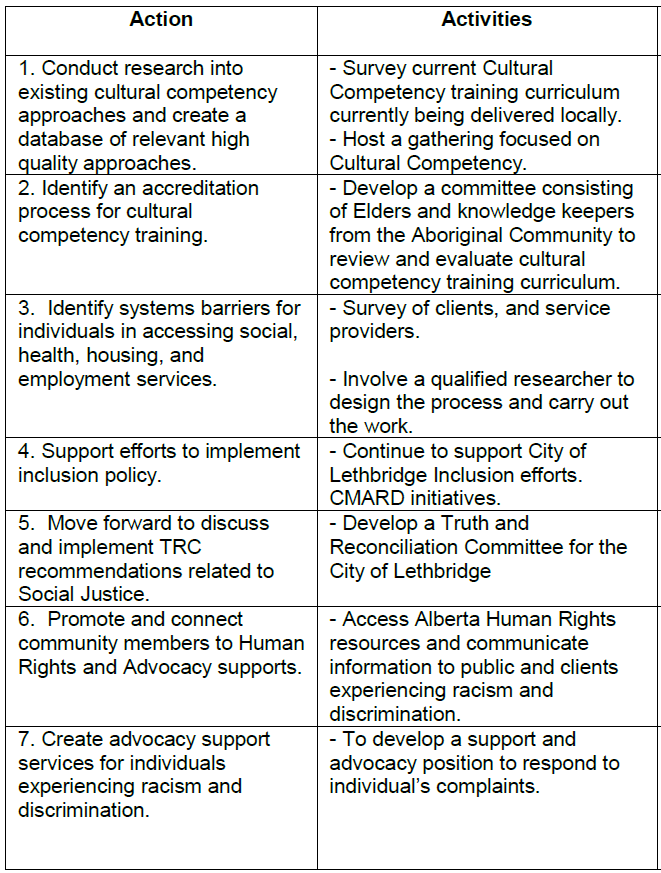 Goal #2:  Residents of Lethbridge understand and appreciate our local Aboriginal culture and welcome it as an important part of the culture of the community. 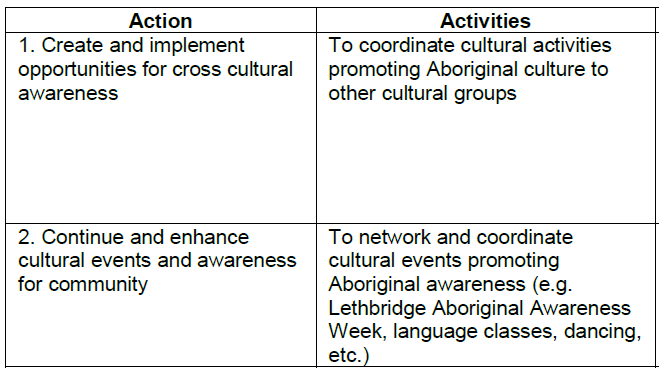